Let's talk a little about the Cardoncello

I mushrooms they have always exercised an irresistible attraction on man both for their organoleptic qualities and for the "mystery" that has exercised their appearance and growth in every age. 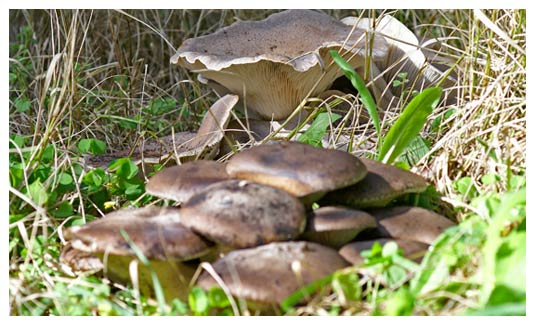 De biasi cultivated 30 years Cardoncello (Pleurotus eryngii). This is one of the best, delicious mushrooms, dark in color, fleshy, firm and with an unmistakable flavor. Cardoncello is not a single mushroom but there are many strains, all extraordinary that distinguish it even more. Appreciated since ancient times, in the Middle Ages it was the subject of songs in some Lazio taverns and was considered delicious and aphrodisiac to the point of being put on the index by the Holy Office because it distracted Christians from the idea of ​​penance.
Called by different names: Cardoncello, Cardarello, Ferlengo, Ferula mushroom grows wild in some Italian regions like Puglia, Basilicata, Calabria, Sardinia and some provinces of Lazio and Sicily.

But it is the plateau of Murgia appulo and Basilicata, the cradle of this fungus. Here is concentrated most of the spontaneous production and cultivated because in these poor soils mixed lawn fungus finds its ideal habitat, growing on the natural host plant Eryngium maritimum and country, constantly endangered by a wild stone clearance that you can not to stop. Il Cardoncello it has been defined in different ways up to the present day. Some consider it an "honest" mushroom because it does not mix in the natural state with any poisonous mushroom, others consider it "discreet" because its scent in the kitchen is not penetrating, but subtle and "elegant". In more recent times they consider it "democratic" because with its balanced aromas it does not cover but enhances the flavor of other dishes, so much so as to arouse the gastronomic interest of the best cooking masters in the world.

The Cardoncello, in addition to being a delicacy, is important from a dietary point of view. The fresh one contains on average 85-90% of water, 4-5% of sugars, 3,8-4% of proteins, 0,4-0,7% of fats. All the main amino acids and vitamins with a surprisingly unusual level of biotin are present in them. It is also widely used in low-calorie diets due to its low fat content and reduced energy value (28 calories per 100 grams). Furthermore, scientific research has recently highlighted the presence in mushrooms of substances capable of having positive effects in terms of human health by lowering cholesterol and increasing the immune system.

In a nutshell: the industry Excellence

There is no one in the world mushroom that the quality already described associates a consistency which remains unchanged even after cooking. It can be eaten either raw, roasted, fried, baked, sautéed and as a seasoning in many dishes based on pasta, rice, meat, fish, legumes and vegetables, preserving its organoleptic qualities and most of the time even enhancing the ingredient in association.